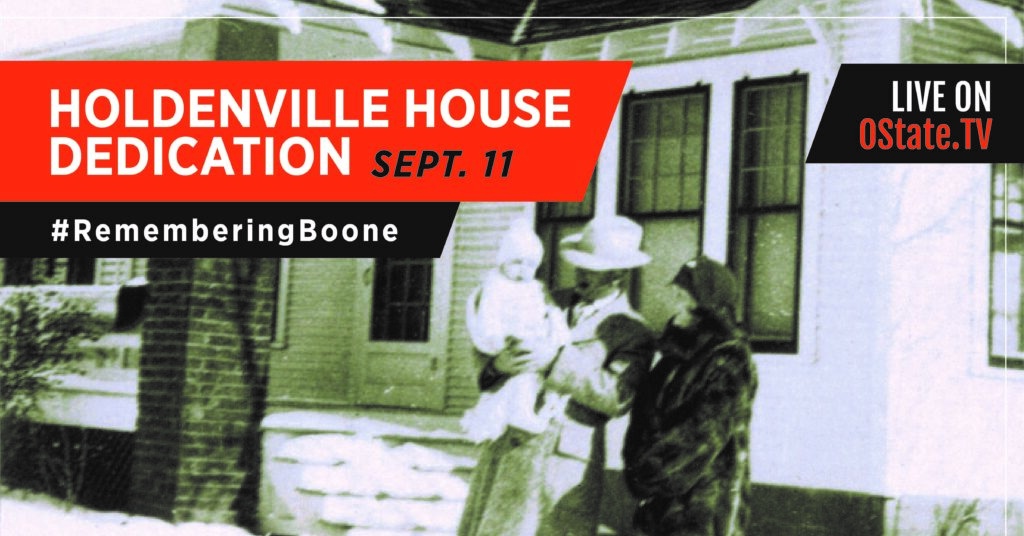 On the first anniversary of the passing of Boone Pickens, we partnered with our friends at Oklahoma State for a special dedication of his boyhood home, known widely as the “Holdenville House.” That home, and Boone’s adjacent burial site, is now at Karsten Creek Golf Club — home of the OSU men’s and women’s golf teams – in Stillwater, OK.

The house, constructed in the 1920s, was Boone’s residence until the family moved to Amarillo when he was 16. The house was moved to Boone’s Mesa Vista Ranch a decade ago.

On his LinkedIn account months before he passed, Boone wrote about the history of the home and outlined why it would be moved to Karsten Creek Golf Club, down the road from his beloved Oklahoma State University. The article, which includes stunning drone video of the home leaving Mesa Vista Ranch, can be read here.