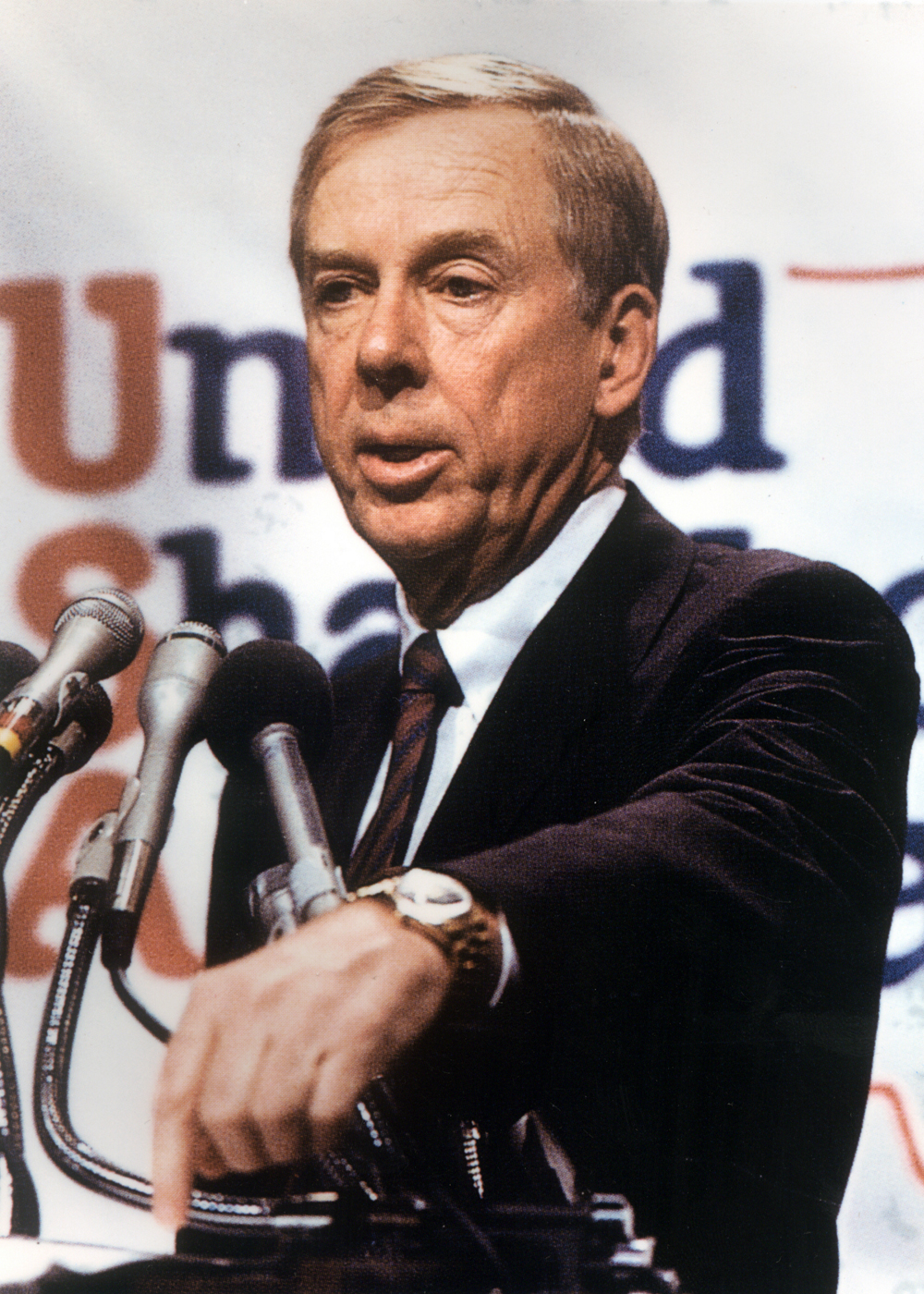 Listen:
Shareholders Own the Company

T. Boone Pickens’ native curiosity and his training as a geologist enabled him to study a situation, analyze its possibilities, and then act upon that analysis. The 1951 Oklahoma State University geology graduate used the same thorough approach no matter if he was sizing up the potential of an oil or gas field, gauging a company’s true worth, or working a commodities contract. When still early in his career he found that the stewards of mainstream corporate America would often fall into a pattern of “Ready, Aim, Aim,” instead of taking prudent action, he felt compelled to jump into the fray to maximize shareholder values.

During speeches in the early 1980s, Pickens began spreading a shareholder mantra focused on maximizing shareholder value virtually unheard of at the time but now an accepted part of American corporate culture. The main points: All shareholders should know that they, not management, are the true owners of the company; that shareholders need to inform management when they don’t feel that their interests and management’s interest coincide; that one of the biggest reasons for this difference is that most managements are not substantial shareholders — and, apparently, don’t want to be; and that each employee of a company should have the opportunity to become a shareholder, giving them a higher stake in the game.

“What we’re seeing is a transformation of Corporate America,” he told the Economic Club of Detroit in 1988. “The new focus is on results instead of size, on creating value rather than empires.”

History has shown that Pickens was on the mark. 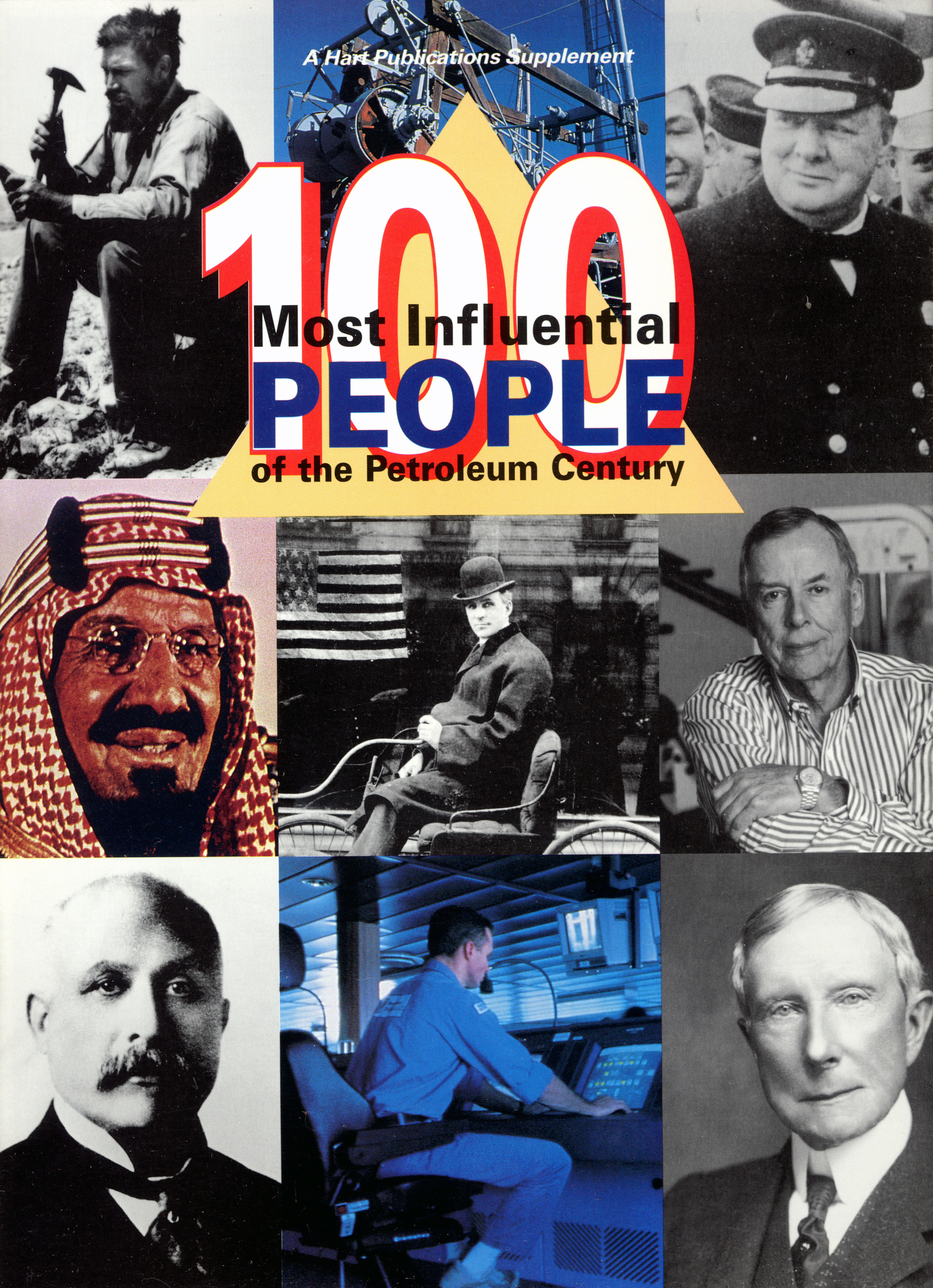 After he left Mesa Petroleum in December 1996, writer Joseph Nocera  summarized in Fortune magazine what has become a concensus view of the Pickens legacy: “I remember hanging out with Boone circa 1982, before the takeover movement had gained force, listening to him talk over dinner about how stockholders were the real owners of companies, and how the primary job of an executive was to make money for them, and how wrong it was that so few CEOs owned stock in their own companies. Those were startling ideas for their time — revolutionary, even. I had never heard anyone utter such thoughts before. Neither had most of America’s corporate executives, who scoffed, especially when the ideas became part of Boone’s rationale for his high-profile takeover attempts. Looking back, it’s clear that they scoffed because they felt threatened. Boone’s other rationale for his takeover attempts, of course, was that they made good business sense. He was always vaguely startled, and even a little hurt, when a takeover battle turned personal.

“Boone’s once revolutionary ideas [are] so completely taken for granted that they have become linchpins of the economy. Is there anybody anymore (except maybe in the labor movement) who doesn’t accept the supremacy of the shareholder? Is there any CEO who doesn’t understand that his primary job is to create wealth for his shareholders — and that to fail in that task will likely mean the loss of his own job?”

And in a January 2018 story, the New York Times reported that “Mr. Pickens became one of the few businessmen in the 1980s recognizable to wide segments of America. Mr. Pickens was an early advocate for shareholder rights and insisting that executives be compensated with stock. That line of thinking informed a new generation of shareholder activists, and remains gospel on Wall Street.”

While a lot of milk was spilled and even more left on the porch during Pickens long and winding career, even he admitted his business acumen and radar had uncanny accuracy if sometime out of sync with the times. “The world is generally resistant to change, especially for those who are benefiting from the status quo,” Pickens wrote in his autobiography. “But the world also is resilient, and I firmly believe in the free enterprise system and the energy generated by the entrepreneurial spirit.”

Although he laughingly acknowledged that friends often quizzed him on why he was such a crusader, Pickens expressed great love for America’s free enterprise system, which, although flawed, provides such opportunities. “There isn’t anything that the government must like better than for some guy who is willing to go out and put up his money to develop an idea,” he mused. “If the idea gels, jobs are created, taxes are paid, shareholders profit, and the economy prospers. If he loses, we’re sorry about it, but the government doesn’t step up and say, ‘Now, how much do you need for giving it a try, fella?’ That’s why America is so far superior to the rest of the world’s economies.”

Pickens championed many issues that later became part of the corporate mainstream:

In the 1980s, he challenged Big Oil, and big American business in general, that it needed to drastically restructure to meet the times. A David versus Goliath bid for Gulf Oil by independent Mesa Petroleum and an investor group was the loudest shot of this campaign. Eventually, all of the Seven Sisters remade their families, benefiting their shareholders.

Long before the logic that physical fitness is an important part of the health of a company became universally accepted, Pickens shared his lifelong commitment to fitness with employees at Mesa in a grand way, implementing a companywide program rooted in economic sense and corporate well-being that earned Mesa the title of “The Most Physically Fit Company in America” in 1985.

Pickens led a determined campaign to open up the Japanese markets to U.S. investors in the late 1980s and early 1990s forcing a spotlight on the antiquated, closed structure of many foreign markets that galvanized a rethinking of U.S. international investments.

Convinced that natural gas is a viable alternative vehicular fuel that can help the United States lessen its dependence on volatile foreign sources of oil, Pickens barnstormed the country advocating the merits of natural gas, and put his money where his mouth was. He formed Pickens Fuel Corp. in 1997, later reincorporated as Clean Energy and taken public in May 2007 (the eighth company that Pickens helped go public during his career). The company now owns and operates natural gas fueling stations from British Columbia to the Mexican border.

In the late 1990s, Pickens determined that municipal entities would eventually gain access to great quantities of water beneath his Panhandle ranch, so he devised a plan, joined by hundreds of other landowners in the area. The Canadian River Municipal Water Authority, which supplies 11 Panhandle cities with a combined population of about 500,000, agreed to buy Pickens’s water rights on 211,000 acres. In the process, the Pickens effort increased land prices in Roberts County, putting roughly $200 million into the Panhandle economy for local ranchers and landowners.

After spending more than 35 years traveling to Washington asking presidents and legislators to formulate a comprehensive energy plan for America while U.S. oil imports climbed from 24 percent to almost 70 percent, in July 2008 Pickens decided to take his case to the American public. He bankrolled a national ad and media blitz campaign outlining how the United States was exporting an alarming portion of its wealth to pay for its addiction to OPEC oil and detailing a Pickens Plan that offered alternative energy solutions. He conducted continuous town meetings across the country and solicited millions of “soldiers” for his plan on a Pickens Plan website.