During the span of his long career, T. Boone Pickens created thousands of jobs and made billions of millions of dollars — for others as well as himself — and he wasn’t timid about spreading it around. “I like making money. I like giving it away…not as much as I like making it, but it’s a close second,” he often said.

The breadth of his philanthropy — more than $1 billion during his career — included health and medical research, treatment and services; entrepreneurship; kids at risk; education and athletics, with a particular focus on his alma mater, Oklahoma State University; corporate health and fitness; and conservation and wildlife management. While many donations involved millions of dollars and attracted headlines, there were hundreds more ranging from hundreds of thousands to several hundred. Each was important in its own way. 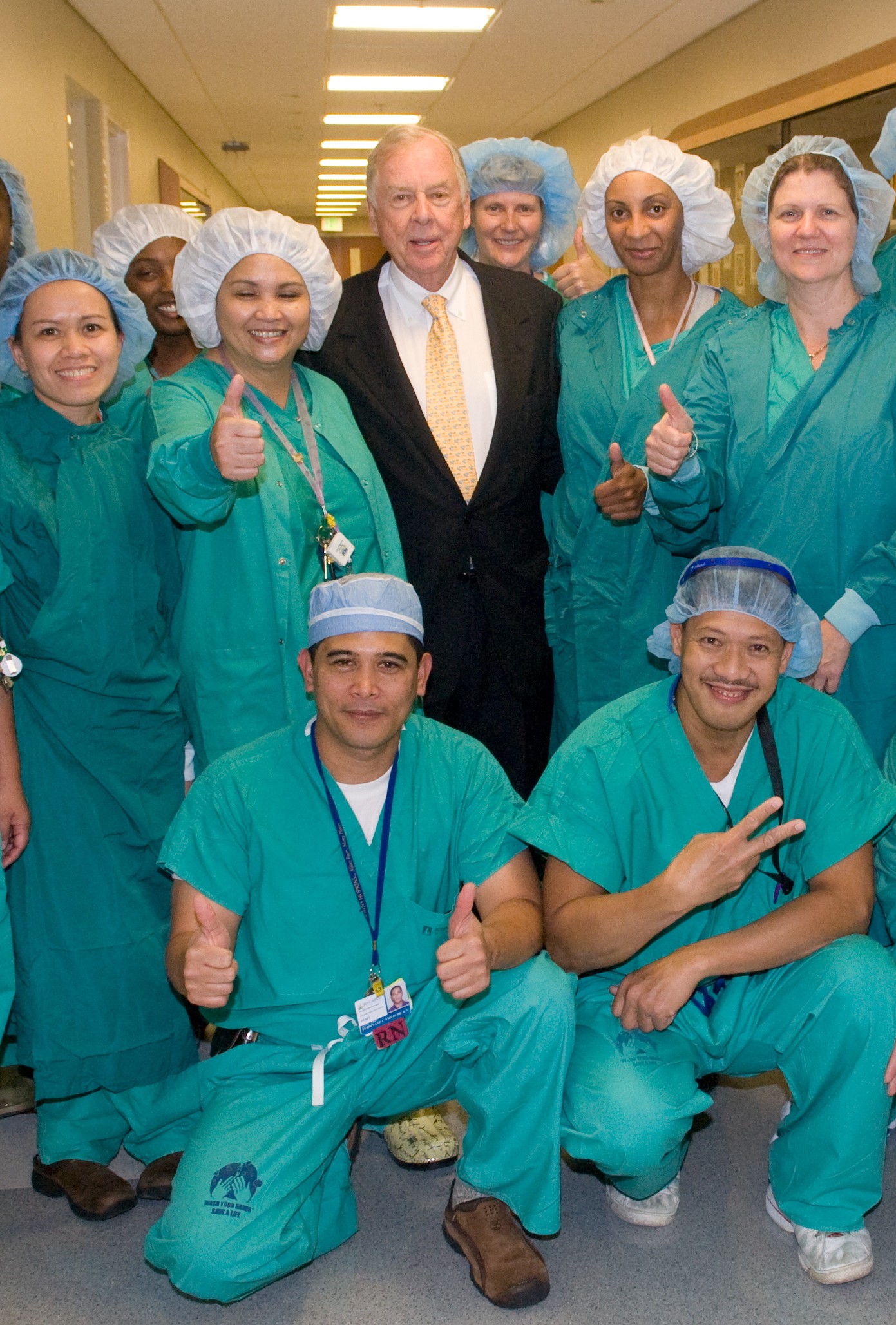 In 2006, his charitable activities, which included $175 million and the establishment of the T. Boone Pickens Foundation ensured his continued ranking as one of the Chronicle of Philanthropy’s list of top U.S. philanthropists for the second straight year. The Pickens Foundation continues to improve lives through grants supporting educational programs, medical research, athletics and corporate wellness, at-risk youths, the entrepreneurial process and conservation and wildlife initiatives.

In 2007, Pickens brought his innovative entrepreneurial approach to the philanthropic sector, announcing the Foundation’s largest gifts to that point — $50 million each for two University of Texas health care institutions: UT Southwestern Medical Center at Dallas and The University of Texas M. D. Anderson Cancer Center in Houston. Under unique agreements, the gifts created special funds at the institutions, requiring that they grow to $1 billion ($500 million each) within 25 years from earnings on the original principal and/or from new outside donations solicited by the institutions. Under the terms of the agreement, once the institutions met the $500 million marks, they could distribute the funds as they deemed fit.

Pickens was one of the most generous university benefactors of all time, contributing more than $652 million to his alma mater, Oklahoma State University, divided nearly evenly between academics and athletics. In many ways, Pickens was a record-setting philanthropist: His $165 million gift to OSU in 2005 is the single-largest gift for athletics in NCAA history, and the $7 million donation to the American Red Cross in 2005 is the largest individual contribution in the 150-year history of that organization.

The philanthropy was just an extension of who Pickens was.

“I firmly believe one of the reasons I was put on this Earth was to make money, and be generous with it,” Pickens said. “And that’s what I’ve continually tried to do.”