In television ads, on his Pickens Plan website, and in personal appearances, he spelled out how our dependence on OPEC oil is an addiction that threatens the U.S. economy, environment, and national security. His 2008 New York Times Best Seller (the second of his career), The First Billion is the Hardest, also detailed what this country must do to win back its energy independence.

Criss-crossing the nation for town meetings and educational sessions with lawmakers, Pickens explained how America’s dependence on OPEC oil forms the intersection of the three most critical issues America currently faces: the economy, the environment, and our national security. 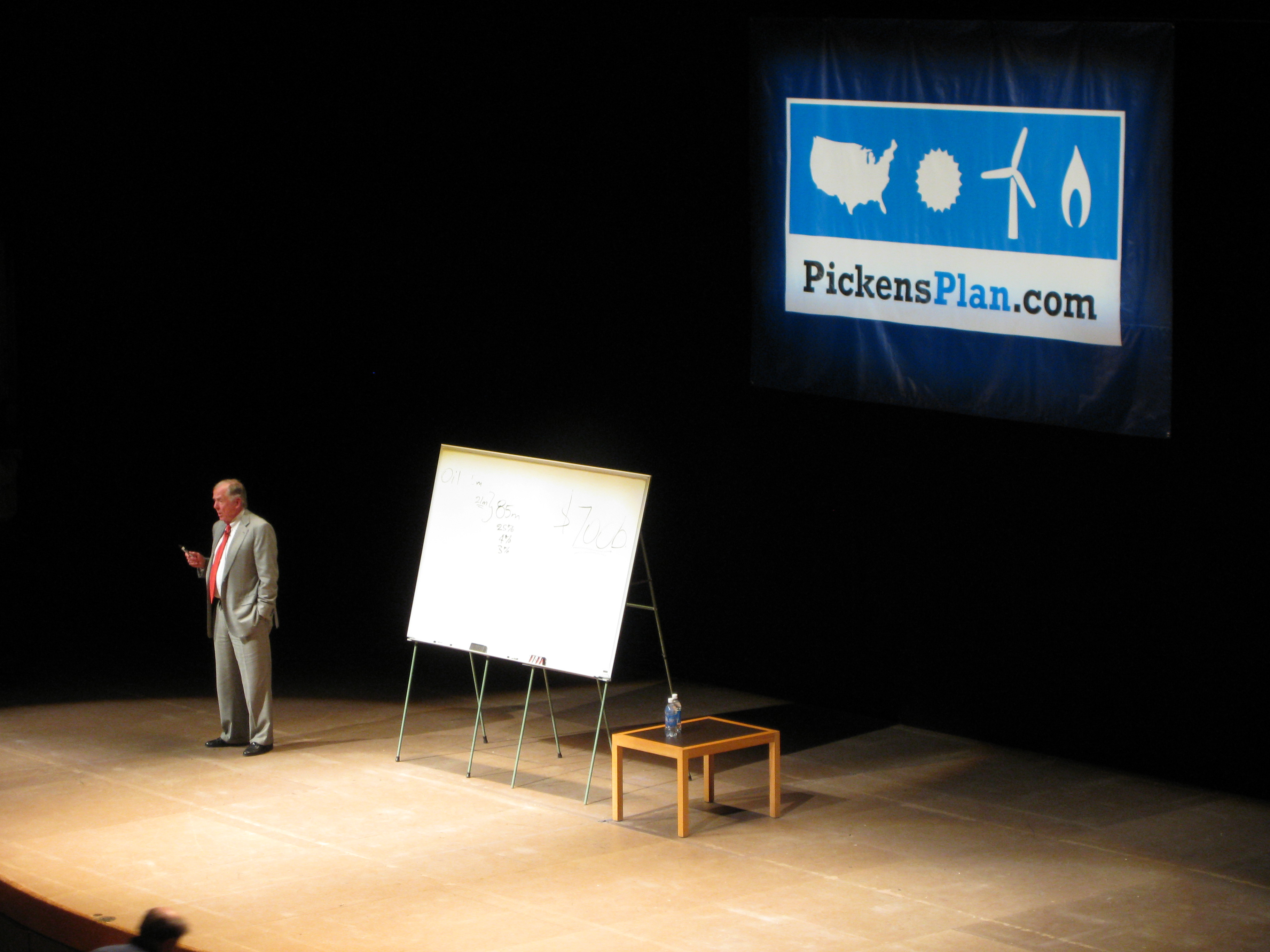 America is blessed with enormous reserves of clean natural gas. The Pickens Plan utilized this tremendous resource to build a bridge to the future — a blueprint to reduce OPEC oil dependence by harnessing domestic energy sources and buying time for us to develop new technologies to harness wind and solar power and enhance the efficiency of our electrical grid.

This country’s energy problem was too large to be addressed piecemeal, Pickens explained. What was needed was a plan of action on scale with the problems America faces. That was the spirit in which the Pickens Plan was conceived. The Pickens Plan was a collection of coordinated steps that together form a comprehensive approach to America’s energy needs.

There were several pillars to the Pickens Plan: