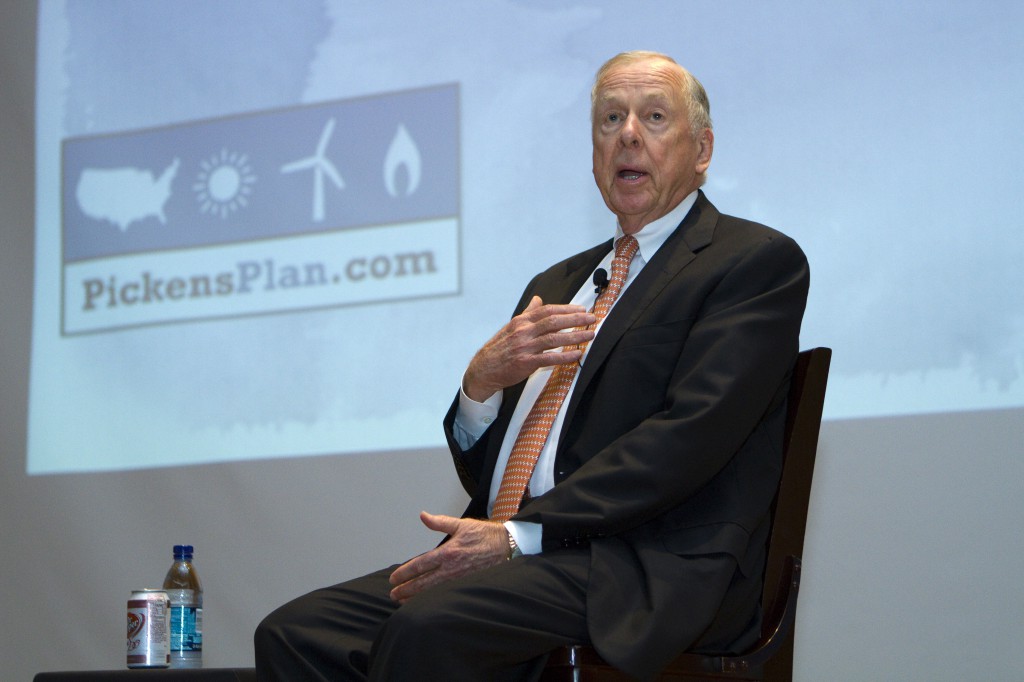 July 2018 marks the 10th anniversary of when I launched the Pickens Plan to focus America’s attention on the need for an energy plan that addresses the national security threat posed by our crushing dependence on OPEC oil. The oil and gas industry has moved us ever closer to energy independence, and, 10 years later, our energy picture is brighter than it has been in decades.

As we look to the next decade – and beyond – it’s clear we can still do more as a country, starting with the expanded use of domestic natural gas in the heavy-duty truck market. This can be done without subsidies and government money. We just need leadership and a champion.

In looking back at the impact the Pickens Plan has had on the national conversation about energy, we reached out to government and private sector leaders who have been allies and partners of the Pickens Plan over the years. Following are their thoughts on how, working together, our efforts have changed the way America looks at energy and raised awareness about the need for a focused plan to achieve energy independence.

John Hofmeister
Former president of Shell Oil Company and founding CEO of Citizens for Affordable Energy
“T. Boone Pickens became a hero of the energy industry at a time when everyone needed one. He stood up in the face of high prices and typical OPEC intransigence to say to the nation’s political leadership, “Hang on, there is a better way forward and here it is.” Then he turned to the average drivers by the tens of millions and taught them about the Pickens Plan through his simple authenticity and his commitment to the real people of the nation. His message resonated from coast to coast and he became the alternative to “pain at the pump.”

“These many years on, the nation has a different and improved mindset towards the fuel they need for whatever purposes they must travel. He’s helped people understand that abundance beats scarcity seven days a week. He’s brought a sense of security and even well-being to American drivers. Regardless of OPEC’s politics and decisions, people fear them less and less, knowing that we have domestic, home grown alternatives. We’ve enjoyed a number of years of lower cost fuels that have helped diminish the tensions of ten year ago. But more importantly, we live with the knowledge that home grown alternatives will forever be available to us.

“Just as importantly, he has left an imprint on the nation’s political leadership that they had better never forget that the misery of high fuel prices is as much their responsibility as it is the companies that produce, manufacture and deliver the fuels that voters consume. Boone has made a lasting difference on the fuels landscape and we all owe him our gratitude for his leadership.”

“What he said made sense to me. When he came out with the Pickens Plan not long after, he discussed it with me on a TV show in DC.

“I guess the only thing he didn’t predict (or at least didn’t tell me) was the extremely low prices for natural gas that would and have prevailed over these years.

“Boone’s prescience didn’t surprise anybody who knew him, nor did his confidence in energy’s future. He is a smart, far-sighted optimist. So what else is new?”