The following picture was taken 89 years ago, on a snowy day at the modest house where I was raised. I grew up in Holdenville, Oklahoma, where they liked to say “the pavement ends, the West begins, and the Rock Island crosses the Frisco.” 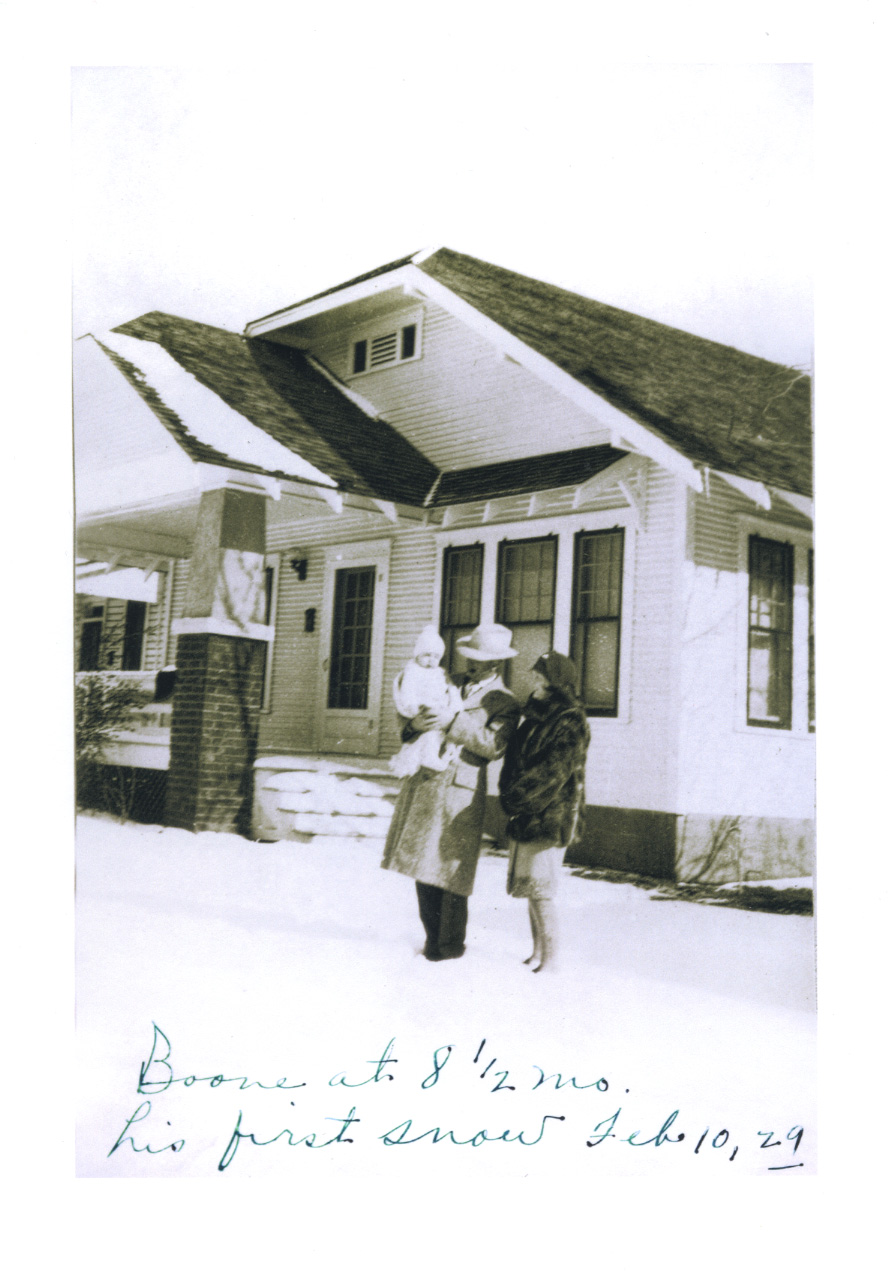 And this is that house.

It’s where I learned my earliest lessons in business, including my first business acquisition – my newspaper route.

At 12 years old, I delivered papers to 28 customers in the surrounding neighborhood. I expanded that route to 125 houses by acquiring the routes on either side of my own. I was good at it, and was making good money for a Depression-era boy in the Midwest. I used to stash my earnings in a crawlspace under the floorboards in my bedroom closet.

When I was 14, my mother, Grace Molonson Pickens, made me dig up the $286 I had hidden there and take it to the bank. That was another early lesson in business – fiscal responsibility.

Next door to my mother and I lived my grandmother, Nellie Molonson, and aunt, Ethel Reed. These three women in Holdenville instilled in me the values and morals that I carry to this day at age 90. They also just plain gave me a hard time.

On Saturday mornings, as I set out for a day on the town, my grandmother would yell out to me and I’d stop in my tracks on the driveway. She’d ask me if I had the money to do all the things I’d set out to do, and I’d say yes. Her response was always the same: “Well, a fool and his money are soon parted. Don’t you ever forget that.” I learned that I better slow my spending and return home with a few extra cents.

One day on my paper route, I came across a lost wallet in the tall grass. I found the owner’s name and returned it to Mr. Jenkins, who gave me a dollar for my honesty. I hurried home with my reward to find those three women on the porch, and excitedly tell them of my luck.

Despite my pleas, my grandmother scolded: “Take the dollar back. We’re not going to get a reward for being honest.” After some more pleading, I resigned to take the dollar back and head on home. By that time, it was pouring rain and the street had flooded. I nearly drowned walking my bike through the river in the road – but when I made it back, I found the three women still on the porch, and nobody lifted a finger. This time, my aunt chimed in: “If you had gone back when we first told you to, you could have been back before it rained.”

Although I’ve carried those lessons with me through life and business, the house itself is always a physical reminder of those experiences, down to the concrete in the sidewalk, where I carved my name in 1946, and left handprints and footprints in 1939.

That’s why, about 10 years ago, I had the house relocated from its original location to my Mesa Vista Ranch in the Texas Panhandle 300 miles away. It was trailered over, kept intact, and restored once on the ranch.

Recently, the house was relocated again, from Mesa Vista Ranch in West Texas back to Oklahoma, this time to the Karsten Creek golf course at Oklahoma State University in Stillwater. My alma mater is another place I learned so many life lessons. And it’s the place where I have invested $500 million dollars, in both academics and athletics.

The house is now located adjacent to where I plan to be buried.

And for those wondering – the controversial sidewalk in front of the house, where I carved my name in 1946, will be there, too.